Simple and Cheap Funeral and Cremation Services in San Diego

“Simple and Cheap” My Father Said 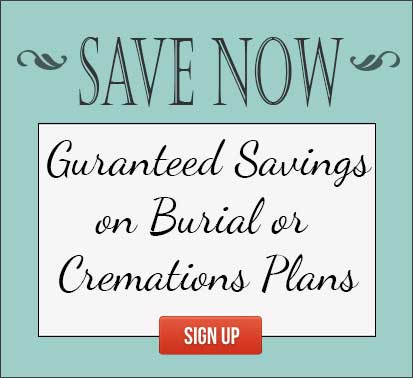 “Simple and Cheap” My Father Said My father, Hugo L Black, died in 1971. At that time he was 85 years old and the second-longest sitting Associate Justice in the history of the United States Supreme Court, having sat on the Court for nearly 35 years. An avid tennis player, he served on his two beloved courts—the Supreme Court and the tennis court—until a few months before his death. He gave up both reluctantly but died at peace with his life and his death.

He was buried in Arlington National Cemetery, not as a Supreme Court Justice but as a Captain in the Cavalry during the First World War. His grave is next to my mother, Josephine, who died in 1951 and had been a Yeomanette in the Navy during the same war. Their grave markers are standard government issue, and they note only the dates of birth, death, and service in the armed forces.

A funeral service was held for my father at the National Cathedral in Washington, D.C. Over 1,000 people attended, including the President of the United States, the Supreme Court, judges, and many Congressmen and Senators. The Bishop of the Cathedral, Dean Francis Sayre, oversaw the arrangements and delivered a eulogy.

In making the funeral arrangements, we had only three directives from my father: 1) simple, 2) cheap, 3) no open casket.

These were not last minute orders. Our family had heard my father’s views about funerals for many years. Appalled by the high costs, he felt that “funeral merchants” often took advantage of grieving families when they were at their most vulnerable. Coming from a humble background, he had seen families spend themselves into debt. He was equally appalled by any person who wished an elaborate and expensive funeral, seeing this as evidence that the person was “puffed up about his own importance in the scheme of things.”

With my father’s directives firmly in mind, we planned our trip to the funeral parlor to pick out a coffin. We had chosen Gawler’s Funeral Home in Washington, D.C., recommended as a place used by many government officials. Our group included three family members—my brother, my step-brother, and myself—and two Supreme Court Justices—Byron White and William Brennan.

The casket room was elegantly appointed.

The carpeting, wall paneling, and piped-in music set a tone for coffin shopping in undisputed good taste. On entering, one’s eye was immediately drawn to the extreme left wall where a superbly crafted dark wood coffin, softly spot-lighted to show the fine wood grain, was perched high on a velvet-draped dais. It looked like a throne coffin. However, we were steered counterclockwise, starting our search at the right. The caskets were arranged head to toe in a semi- circle leading up to the throne coffin, and it was obvious that we were going from least to most expensive.

The first coffin we came to—the cheapest—was covered with pink organza, pink satin bows, with a pink ruffled skirt around the bottom. Tasteless and frilly, it seemed totally out of place. The next ones were also cloth-covered, but the cloth looked increasingly more expensive. Our salesman was surprised that we even glanced at these, let alone asked their prices, and indirectly dismissed these as a final resting-place for a man of importance. He began to hurry us on until we came to the throne coffin.

We stood in front of this masterpiece of craftsmanship with heads slightly bowed reverently. “This,” the coffin salesman said, “is the worthy resting place for a Justice of the United States Supreme Court.” When we asked the cost of the throne coffin, he did not immediately give a dollar amount. He noted that while it was the most expensive, he knew that the price was not our main concern when burying a man of my father’s stature. Cost considerations would be unworthy. This response was a big mistake and backfired immediately.

Suddenly, almost simultaneously, we looked at each other, smiling as my father’s directive hit us full force—cheap. We moved to another emotional dimension—common at wakes—going from a deep grieving sadness to an almost playful mood. Right there, in that elegant room, we knew that together we could do one last thing for my father. No one was going to talk us out of cheap! When pressed, the coffin salesman allowed that the throne coffin cost thousands of dollars. That settled that.

We dispersed, zigzagging around the room, separately appraising the caskets and “asking prices down to the penny. All of the polished wood caskets were soon dismissed as too expensive. It had to be a cloth-covered one. To the salesman’s horror, Justice White began to scrutinize the first pink organza coffin and then asked what was under the frills. The salesman said it was just a plain, unfinished pine box. Then someone asked about the most expensive cloth-covered casket. That, too, was a plain pine box. When asked the difference between the boxes, the salesman—now completely befuddled— whispered that the more expensive had a “better shape.” We looked and thought the shapes were identical.

What should we do?

Huddling for a final conference, someone asked, “Shall we get the pink, the cheapest?” and we all gave a resounding “YES.” We said we would buy the pink for $165 with the cloth stripped off. The salesman said that was impossible, it would look terrible. We, however, wanted to see for ourselves since this was our coffin of choice. First one of us pulled away a little cloth to take a peek, then another ripped more forcefully, and finally we all started ripping off the fabric with careless abandon. Off came the bows, the coffin skirt, and all but a few patches of stubbornly glued pink organza. There stood a perfectly fine plain pine box. The debris littered the elegant carpet, but we were practically euphoric.

We had followed my father’s directive almost to a tee, with added bonus of deflating pretensions in this very pretentious room (though my father would have felt some compassion for the poor coffin salesman).

When we went into the office to settle the bill, the funeral home director—now understanding our zeal for cheap—asked timidly about filling in the nail holes and sanding down the glue spots. With a closed casket visitation at the funeral home and a display at the cathedral, they felt their reputation was at stake. We agreed, if nothing was added to the bill and were assured nothing would be.

Dean Sayre of the National Cathedral made a final request in the spirit of my father’s wishes. He asked that at the funeral we have the casket displayed without the American flag or flowers on top of it. As my father and he had long been concerned about the excessive cost of burying the dead and the financial burden this put on living loved ones. He wanted people to see that the cost of a coffin did not symbolize the abiding love of the living for the dead, nor did it reflect the stature of a man. -˜-

The San Diego Memorial Society has been helping families since 1958 avoid paying too much for funeral and cremation services in San Diego.
Call today and save! 858-391-1267